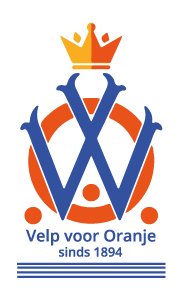 This year in Velp, a commemoration for the fallen in World War II would take place for the 75th time. A girl who attended when she was ten years old is Mrs. Clan Visser ‘t Hooft. Her father was a general practitioner and chairman of the Red Cross.  Her speech, now at the age of 85, was to be the highlight of this special commemoration of the dead in Velp. But because of the corona crisis, everyone stays at home on 4 May.

Thanks to the recording below, you can still see and hear Mrs Visser ‘t Hooft deliver her speech.

The text of the speech can be found here

Standing still - on behalf of pupils from all primary schools in Velp.

ANTHEM DURING THE NATIONAL COMMEMORATION WWII ON MAY 4th 2018

Hymn ‘Abide with me’ by the Pro Rege marching band from Heerenveen. Played together – but safe at home because of Covid 19 – on November 4th, 2020.

Thinking about the bizarre times we are living in today brings to mind a comparison with the war years. There is still an enemy, but now it’s an invisible enemy, a silent enemy, an assassin.

This is very different from the Second World War, when we had to deal with an omnipresent enemy, with violent noise on every street corner. Now we have to keep our distance, but back then we huddled together. Fear of contamination is a different kind of fear compared to that constant, shapeless fear of violent conflict.

But what they have in common is the fact that we need each other to survive.

That in itself is something to be thankful for! Let’s hope that this time it will prove to be a lesson in life that stays with us.

I was born and raised in Velp. Our old house stood on the corner of Hoofdstraat and Stationsstraat. My father was a family doctor.

I was a 10-year old girl when our liberators, the Canadian Polar Bears, pitched their tents near the Villapark on 16 April 1945. As curious children we rummaged around the tents and were given everything.

I got a huge white sandwich and a chocolate bar! I raced home and at the kitchen table my mother cut the sandwich into 6 pieces and broke the bar into 6 chunks; one piece for each of us. It was the most delicious snack of my life!

75 years have now passed since then, 75 years of peace, at least in Western Europe. And I realise that once again peace can no longer be taken for granted. It’s a precious commodity, a great gift, but above all it’s a duty.

Strangely enough, just when we have it so good in this country materially speaking, people seem to be living more and more with feelings of discontent, and with a short fuse. How is that possible?

In wartime you really depended on each other, you needed each other. Up to now, we have been living in a time when it’s every man for himself. Now it seems that once again we cannot do without each other in times of need.

I already mentioned that fear was a constant companion. Fear of the threatening outside world. You always lived with all your senses on edge. As a child, you depended on others more than ever for your safety. So we would wear a tin nameplate on a string with our name and date of birth around our necks, in case we got lost in the chaos of war at any moment.

Because you were in fear of your life: fear of the sound of the V2s, the rockets with that menacing buzz that might suddenly falter from time to time – would it come crashing down? And, if so, then where?

Fear of betrayal: who could be trusted, who could you say something to? Sometimes you had to lie though we hadn’t been brought up that way…

Fear of loss: Mother is going out, will she come back? Like the mother of our friends the van Griethuysens, just a little further down Hoofdstraat. She was hit by shrapnel in the garden and killed instantly…

And where had Tommie, my Jewish classmate, suddenly disappeared to?

People were regularly arrested and taken away unexpectedly: Pastor Schaars, for example, and Minister Oskamp.

I will never forget how one day, I was standing in the front garden when my father came up the garden path. He pushed his motorbike into my hands and took off like a rocket. Moments later an armoured van drove through the garden gate. I stood in shock with the roaring motorbike in my hands. A German soldier stepped out. Wo ist dein Vater? No idea. He turned off the engine and walked into the house looking for my mother. Of course, she didn’t know where my father had gone either. She didn’t even know at the time that he had left. He stayed away for a week. It must have been hell for my mother, not knowing where he was or when or if he would be back. For days she was closer to crying than laughing. She bravely pretended that nothing was wrong, but by then we knew better… The fear of loss, of the unknown!

I never asked my father where he hid at the time.

The hospital in Tramstraat acted as a stronghold for the resistance. The Velp family doctors played an important role in this. My father was one of them. There were plenty of people in hiding, some wearing white coats as medical assistants, others acting as kitchen helpers, handymen or ‘patients’.

After all, during the Battle of Arnhem, there were many wounded and sick. A sign at the entrance of the hospital warning of infectious disease kept the Germans out.

When the air raid siren sounded, we would flee to the cellar, hiding from the evil world outside. We felt safe there. My mother would read to us for hours about the adventures of Dr. Doolittle and his animals and the stories of Harlequin. She would tell beautiful fairy tales so that we could forget what was going on above our heads for a moment.

When a red ribbon was tied around the majestic chestnut trees in front of our house, which indicated that they might be cut down to stop the vehicles of the liberators, we were with the van Griethuysen family, 3 parents with 9 children all together, hiding at Boulevard 25, with 2 old ladies, patients of my father. As the eldest children, we had pedalling duty in the stream once a day. The man next door had secretly built a power generator in it, and we had to take turns pedalling hard to bring it to life so that our parents could listen to Radio Orange.

For decades, we have become so used to the luxury in which we live.

These days there’s no need:

+ to fetch water from a pump while wearing a helmet ………NOW water just comes out of the tap, as much as you want;

+ to stand in endless queues for a litre of milk and a lump of rock-hard bread …… on the contrary, NOW, we struggle to choose from the overflowing supermarket shelves and can get far too fat if we aren’t careful;

+ to always feel that gnawing hunger with an empty stomach ……

I well remember how my 12-year-old brother and I would go to Ossendal with a wheelbarrow to ask the farmer for sugar beets. Our garden had been turned into a vegetable garden, but it never yielded enough to fill all the empty stomachs. We shared our home with some refugees with empty stomachs too… NOW we just load up our shopping trolley.

No need to creep down to the cellar when the alarm goes off any more ….NOW you can go wherever you want, whenever you want,

+ to fear flying bombs with fiery tails in the sky …..NOW you only see the white stripes of planes carrying holidaymakers to their destinations;

+ to be afraid of blazing fire. Those fire-red skies above the city of Arnhem, and nearby in the Hoofdstraat Hotel Naeff, which the Germans set on fire themselves because their entire military documentation was stored there and they were afraid that it might fall into the hands of the liberators. And even closer was our neighbour’s house that went up in flames, hit by a fire grenade.… When would it be our house’s turn?.… NOW fire can have a festive meaning again, we might light a fire to roast kebabs or marshmallows;

We no longer have to be always on our guard against the unknown, the unexpected, keeping our ears open and our eyes peeled because you never know…

NOW you can walk out the door without a second thought, although the coronavirus crisis has put an end to that for a while.

But everything that we now take for granted had to be fought for! Young people and adults risked and even gave their lives so that we could live in peace!

Peace has indeed ceased to be a matter of course. All around us we have recently seen seeds of conflict emerge in society:

Tolerance, which for centuries was our banner in Europe, seems to be withering away slowly but surely.

After the war, there was an atmosphere of idealism, cooperation, connection. The principles of international cooperation laid the foundations for joint action across borders in Europe. NOW nationalistic feelings are again rearing their heads.

Racism and anti-Semitism have yet to be eradicated; in fact, they are on the rise again!

We stand and watch. Is this the world we want to leave our children and grandchildren? Peace is a duty for us HERE and NOW!

Every day we must take responsibility, we must be prepared to listen and respect other opinions, other customs. To be able discuss them without immediately seeing the other as a threat, the Muslim, the refugee, etc.

To try to bridge differences, learn from each other and really live together. That’s the best way to defend our freedom!

Every day we must take responsibility to preserve and cherish peace with everything that we have at our disposal. Beginning in your own small circle, like a stone in a pond expanding into ever wider circles.

We owe it to our liberators and the thousands who risked and gave their lives for us.

It’s also the greatest gift we can give each other.

A life together, a society without fear!